The challenges facing criminal justice systems in the various countries today are very demanding. Voracious criminality that afflicts people and society as a whole (such as human  organs, drugs and weapons trafficking, terrorism, illicit capital transactions, corruption, money laundering, food safety, cybercrime, etc.) occurs in a context of intense globalisation in certain sectors where the activities of criminal agents are increasingly being developed in organisations and/or working with international connections, even when the impacts of such actions are locally circumscribed. The wide use of mobile devices, such as smartphones and tablets, with extensive personal information such as call and message logs, photos, calendars, passwords, bank accounts, etc. makes them extremely useful information sources in a context of criminal investigation.

The rapid internationalisation of criminality finds "ease of action" in criminal systems which have been designed according to a national scheme, in which criminal law is seen as the last stronghold of State sovereignty, making judicial cooperation difficult and, moreover, normative harmonization, even within political spaces based on the idea of unity, as is the case in the European Union. However, the effectiveness and efficiency required from the various actors involved in the system must not omit respect for the guarantees inherent in the Rule of Law, forcing the balance between the requirement of guarantees and the responses to be left out of the debate. Based on efficiency and efficiency resulting from speedy and differentiated procedures that do not detract from respect for the value of human dignity and constitutional rights and guarantees. It is important to highlight the essential path that some jurisprudence, in particular, the European Courts, has been following and which is essential today in the implementation of legislative responses.

In this context, the main objective of the course is to reflect on the legal and organisational challenges and solutions and good practices that the complex and transnational structure of crime pose to the law and criminal justice of each State, both in the field of prevention as well as of investigation and even of judgment. 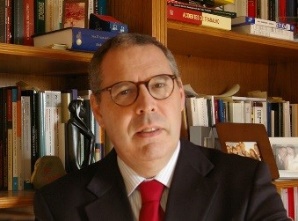 Conceição Gomes - Conceição Gomes is a researcher from the Centre for Social Studies at the University of Coimbra, Executive Coordinator of the Permanente Observatory for Portuguese Justice and the Unit of Legal and Judiciary Training. She's coordinated and participated in the coordination of studies in the areas of policies and reforms of law, justice and courts, and judicial cooperation. In addition to Portugal, she has developed research projects in Macau, Mozambique, Angola and within the European Union - for instance, the studies on the legal map in Portugal, trafficking in women for sexual exploitation, the courts in Angola, or the European arrest warrant. She has been participating in several working groups on justice reform. Teaches in advanced training programs, and has several publications on subjects within her areas of work. Her current research interests focus on the domains of the sociology of law and sociology of the administration of justice, State and judiciary, and justice reforms.

Note: Members of the Trade Union Association of Portuguese Judges, the Union of Magistrates of the Public Prosecutor's Office and the Bar Association receive a 10% discount on the registration fee