Epistemologies of the South V 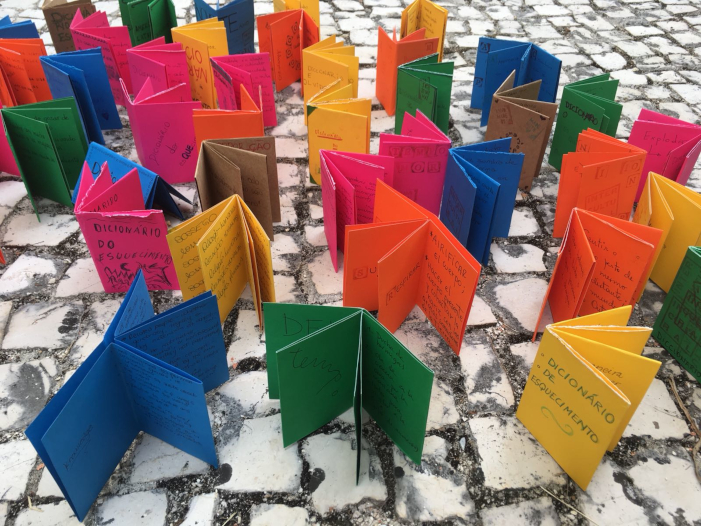 The Epistemologies of the South are an epistemological and political proposal that put into question the hegemonic centrality of the modern eurocentric matrix project and wager on the broadening of cognitive justice and social justice recognising the impossibility of one existing without the other. The South, in this context, is not a geographical place, rather a metaphor for the unjust suffering promoted by the oppression of colonialism, capitalism and hetero-patriarchy and for a plural space of epistemological creativity closely linked to knowledges forged in resistances and struggles. The South thus thought is heterogeneous and includes diverse spaces, varied experiences and an infinity of knowledges. The Epistemologies of the South recognize these differences and value them, encouraging South-South dialogues, as well as South-North dialogues.

It is imperative to know, value and articulate epistemological, pedagogical and methodological proposals that promote the struggle against epistemicide, that is, the destruction of knowledges not validated or made non-existent by the criteria of the modern scientific canon.

The Summer School is a crossroads for the expansion of political and epistemological imagination, which does not exhaust itself in the denouncement of capitalist, hegemonic, colonialist and hetero-patriarchal thinking. It also aims to build and think different alternatives, at different scales, that, through intercultural translation, can contribute to the reinvention of the narratives on what comes next. Articulating art, science and knowledges of resistances and struggles, the work will be collective and will bring together Boaventura de Sousa Santos, researchers from the Epistemologies of the South group, poets and musicians, as well as forty participants from all over the world.

As in the previous editions, a heterogeneous group is expected in terms of origin, knowledge, age and experience of work and struggle. This summer school will be a space of mutual exchange and co-learnings that will provide the means to imagine and draw utopias from concrete experiences and knowledges

The Summer School is self-funded and non-profit. The registration fee is used to guarantee each participant's accommodation in a shared room at the Hotel das Termas da Curia; breakfasts, snacks, lunches and dinners throughout the course; reading materials and other materials used in workshops; round-trip Coimbra-Curia. Tuition also allows funds for 4 scholarships for participants with no economic conditions, an affirmative action mechanism; as well as the accommodation and honorariums for invited workshop coordinators. It also covers the cost of accommodation and meals for the school's organizers and CES trainers, who receive no honorarium.

Curia, near Coimbra, with its natural park as landscape, is a scenario that allows nine days of intense and quiet learning and mutual enrichment. The thermal baths golden age happened between the 1920's and 1950's, after that thermal tourism declined, leading to the closure of services and the progressive decay of many of the existing facilities. The annual presence of the Summer School in Curia is also a way of contributing to a fragile local economy on which many workers depend. The hotel where the Summer School will be installed welcomes many hotel-school interns hotels and guarantees tranquillity and prices that would be impractical in an urban context.