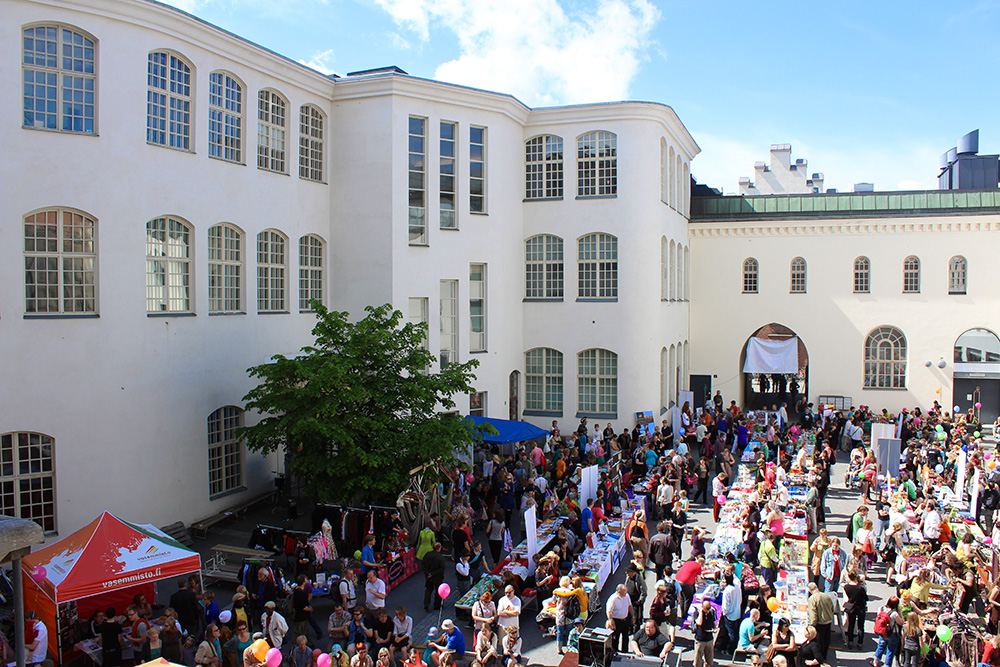 Theme represented at SoMus project: “The challenges of Inclusive Diversity”
Location: Historical Finlayson cotton mill area right in the heart of the city of Tampere, at the region of Pirkanmaa, Regional State Administrative Agency for Western and Inland Finland.
Patronage:  Finnish Museum’s Association.

A reason to integrate SoMus
FLM is considered the best Museum of social history and working life in Finland.
It develops a social function strongly committed to the construction of intercultural dialogue and the valuing of diversity, thorough the work of daily life.

African Presence Scientific interest
The African presence in Finland exhibition (28.4. to 8.11.2015) is a product of an action research project organized by the University of Tampere in collaboration with the Finnish Labour Museum Werstas. The exhibition has been planned and organized in dialogue with various African communities and individual scholars, artists, community leaders, and NGOs. Thematically it feature diaspora communities’ contributions to Finnish society and culture, including family life, political and religious activities, working life, youth cultures, sports, anti-racism activities, music, literature and visual arts, as well as their various transnational activities. The exhibition constructed new knowledge and challenged stereotypical depictions of people of African diaspora by presenting both as active citizens and residents of Finland and as transnational diaspora subjects, whose presence has transformed Finnish society and culture in various ways.