Ana Cristina Santos is a sociologist and a Senior Researcher at the Centre for Social Studies, University of Coimbra, working on LGBTIQ, gender, sexual citizenship and the body. Between 2014 and 2019, she was awarded a research grant by the European Research Council to lead the cross-national study INTIMATE - Citizenship, Care and Choice: The micropolitics of intimacy in Southern Europe . Between 2018 and 2021 she is the Principal Investigate for Portugal of the International Research Consortium for CILIA LGBTQ – Comparing Intersectional Life Course Inequalities amongst LGBTQ Citizens in Four European Countries, funded by the European Agency NORFACE.

Significant publications include Social Movements and Sexual Citizenship in Southern Europe (Palgrave Macmillan, 2013) and Sexualities Research: Critical Interjections, Diverse Methodologies, and Practical Applications (Routledge, 2017, with A. King and I. Crowhurst), as well as the Special Issue "Trans* Policy and Practice" of Critical Social Policy (2018, vol 38, n.1, with S. Hines, Z. Davy, S. Monro, J. Motmans, and J. Van Der Ros). Vice-chair of the Sexuality Research Network of the European Sociological Association between 2012 and 2016, since 2013 she is also Co-Director of the International PhD Program Human Rights in Contemporary Societies.

He has published many articles based on his research, including those in 'International Journal of Social Research Methodology', 'Sociology', 'Ageing and Society', 'Gender, Work and Organization' and 'Social Policy and Society' and ‘Sociological Review’. His monograph 'Older Lesbian, Gay and Bisexual Adults: identities, intersections and institutions' was published by Routledge in May 2016. He has also published many chapters in edited collections. He is co-editor of 'Sexualities Research: Critical Interjections, Diverse Methodologies and Practical Applications' (Routledge, 2016) and the forthcoming books ‘Intersections of Ageing, Gender and Sexualities: International and Multidisciplinary Perspectives’ (Policy Press) and ‘Older LGBT People: Minding the Knowledge Gaps’ (Routledge). Andrew was co-editor of Sociology (the flagship journal of the British Sociological Association) (2014-2017), is a member of the Editorial Board of Sociological Research Online and was Chair of the European Sociological Association Sexuality Research Network (RN23) 2011-2015. Andrew is also a member of the academic advisory board of the International Longevity Centre (ILC-UK).

Yvette Taylor is Professor of Education, University of Strathclyde. She has obtained a wide variety of funding, including ESRC funded ‘From the Coal Face to the Car Park? Gender and Class in the North East of England’ (2007-2009), ‘Making Space for Queer Identifying Religious Youth’ (2011-2013) and British Academy mid-career fellowship ‘Critical Terrain: Dividing Lines and Lives’ (2013-2014).

Rita Alcaire is an anthropologist and documentary filmmaker, Junior Researcher at the Centre for Social Studies and a Research Fellow for Portugal of the International Research Consortium for CILIA LGBTQ – Comparing Intersectional Life Course Inequalities amongst LGBTQ Citizens in Four European Countries, funded by NORFACE.

Her (ongoing) PhD research in 'Human Rights in Contemporary Societies' draws on the current stories being told about asexuality narrated by healthcare providers, by the media as well as by self-identified asexuals, to challenge and rethink the notion of human rights.

Sait joined the University of Surrey as a postdoctoral research fellow in the CILIA LGBTQI+ study. He works with Andrew King on the life course transitions of LGBTQI+ individuals. His main research interests are education, social stratification, youth transitions, intersectionality, life-course, and housing.

He received his PhD in Sociology from the University of Essex, where he worked in the Norface-funded ‘2000 Families’ project and investigated the educational outcomes and mobility in Turkish families in Europe in comparison to the non-migrant families from similar backgrounds in Turkey. In this body of research, he studied the educational outcomes across generations and investigated the transmission of socio-economic resources over three generations. After finishing his Ph.D. he worked as a postdoctoral research assistant at the University of Cambridge where he investigated housing transitions of young adults. In this particular area, he studied the patterns of leaving parental home and transition to homeownership in Britain. Prior to joining The University of Surrey, he worked at King’s College London where he studied youth transitions to education, training, and employment.

Yener Bayramoglu is currently working as a postdoctoral researcher for the CILIA LGBTQ Project at the Alice Salomon University in Berlin. Bayramoglu received his PhD in Media and Communication Studies from the Freie Universität Berlin. He was previously a postdoctoral fellow working on a project on comparing the inequalities that LGBTQ refugees experience in Germany and Turkey, which was rewarded by a fellowship from the Margherita-von-Brentano-Center for Gender Studies at the Freie Universität Berlin. He has taught at Alice Salomon University, Freie Universität Berlin and Braunschweig University of Art on topics gender, queer and diversity. His works has been published in several edited books and journals. His research interests include queer theory, queer migration, intersectionality, discourse analysis, cultural studies, digital ethnography and affect theory.

Matson Lawrence is a Research Associate with CILIA LGBTQI+ based at the School of Education, University of Strathclyde. Prior to this role, he most recently worked on the TransEdu Scotland research and wider TransEDU project based at the University Strathclyde. Funded by the Scottish Funding Council and recently awarded a 2018 Guardian University Award, the research examined the experiences of, and current provision for, trans and non-binary applicants, students and staff in colleges and universities across Scotland. His forthcoming co-authored book – Supporting Trans and Non-Binary Students and Staff in Further and Higher Education – will be published in spring 2019. Matson has also led Creative Scotland-funded research on young disabled and D/deaf people’s access to arts provision, and has worked extensively with intersectional LGBTIQ+ communities in the third and arts sectors.

Matson holds an interdisciplinary Doctorate in law and applied social sciences from Durham University examining young adults’ perspectives on pornography and its legal regulation, and has been a Research Assistant on several gender-based violence projects. He is currently also on part-time secondment at the Scottish Funding Council as a Senior Policy / Analysis Officer, with responsibility for the Gender Action Plan and the British Sign Language National Plan. Social media

Ana Lucia Santos holds a degree in Philosophy at the Faculty of Humanities of the University of Coimbra and an MA in Feminist Studies from the same university. She is a junior researcher at Centre for Social Studies, University of Coimbra, since 2012, where she worked in research projects related to sexuality and maternity of women with disabilities and citizenship of lgbtq people in Southern Europe. Presently she is a research fellow in the research project CILIA-LGBTQI+, working on life course inequalities amongst LGBTQI+ people. Also, she is currently a doctoral student in Feminist Studies at the University of Coimbra working on gender policies of non-normative bodies in sports. Her research interests focus on feminist studies, intimate and sexual citizenship, crip theory and queer theory. She is also an activist in the LGBT/queer and feminist movements in Portugal.

Dial Policy Brief (2020), Toward a gender-equal Europe: What can policymakers learn from the Dynamics of Inequality Across the Life-course (DIAL) research?,  No 1, September 2020. 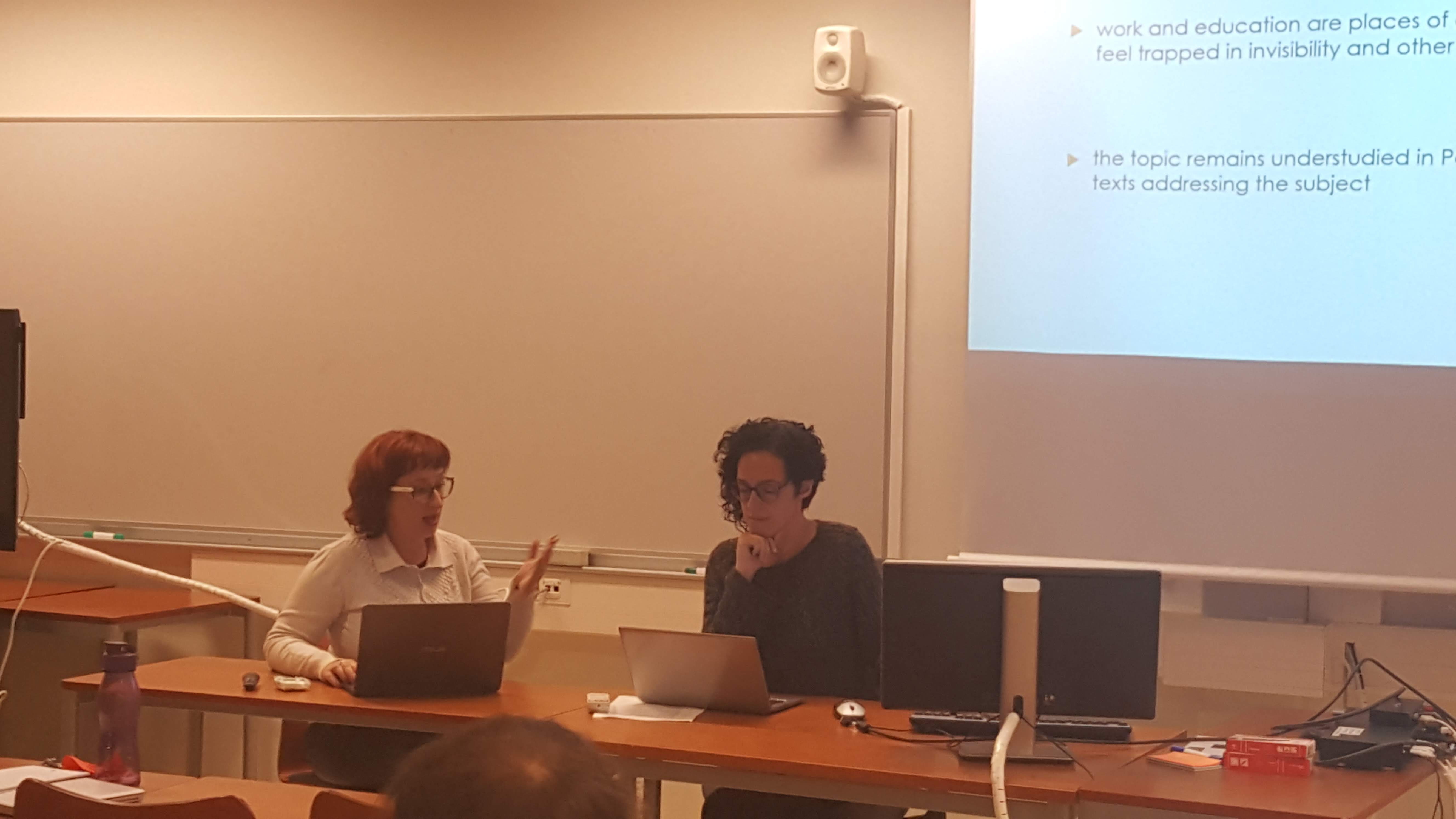 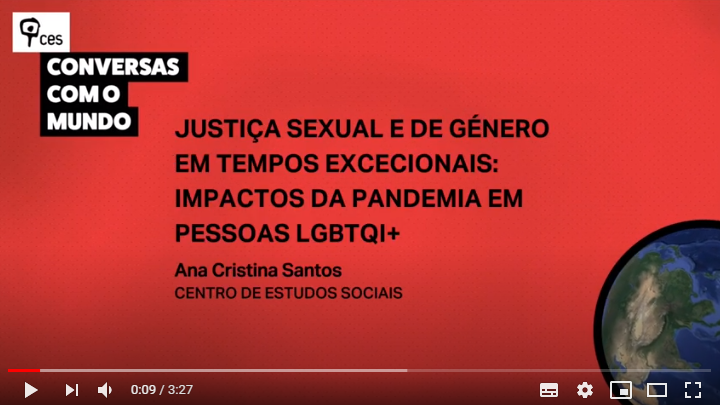 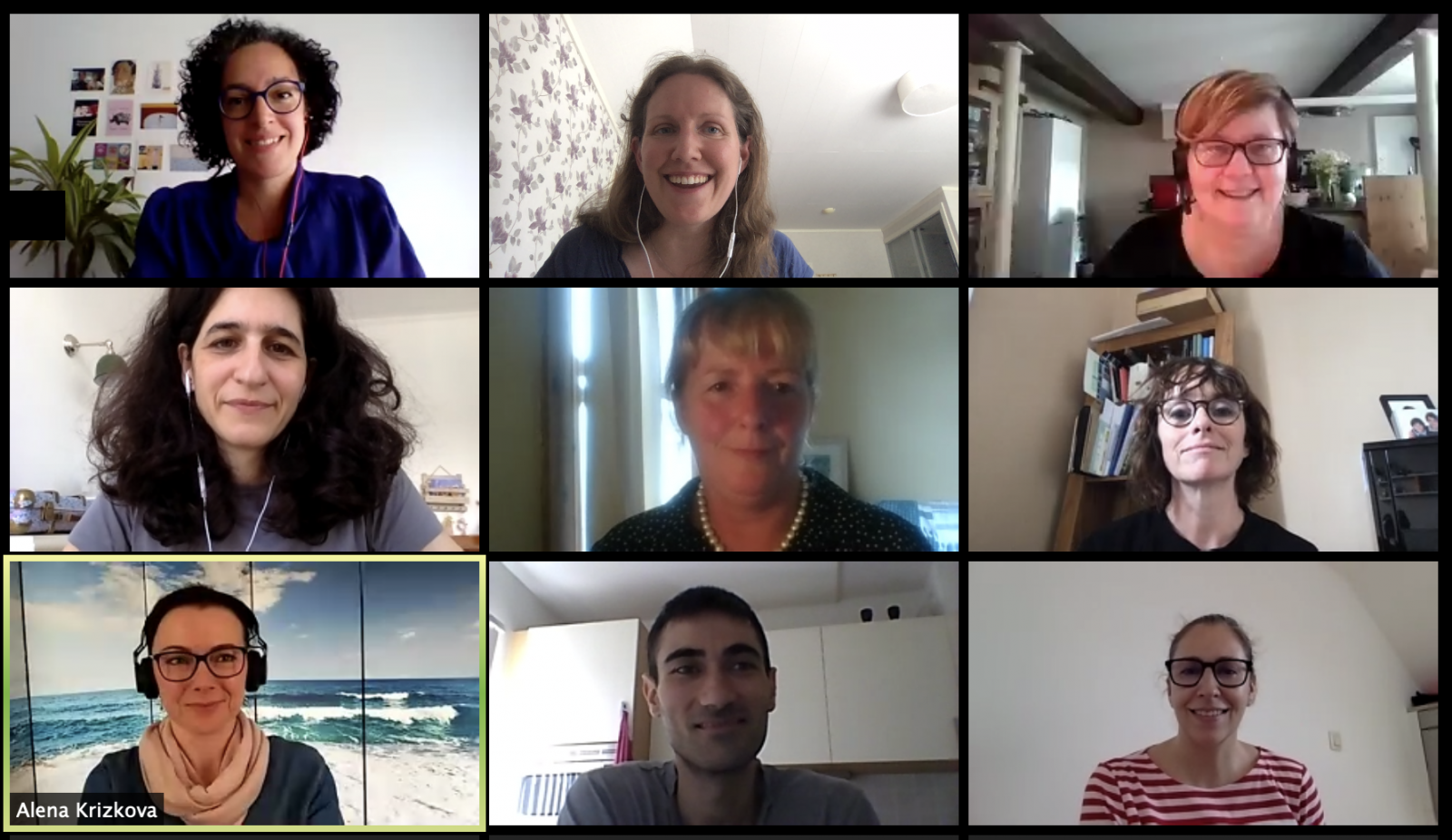 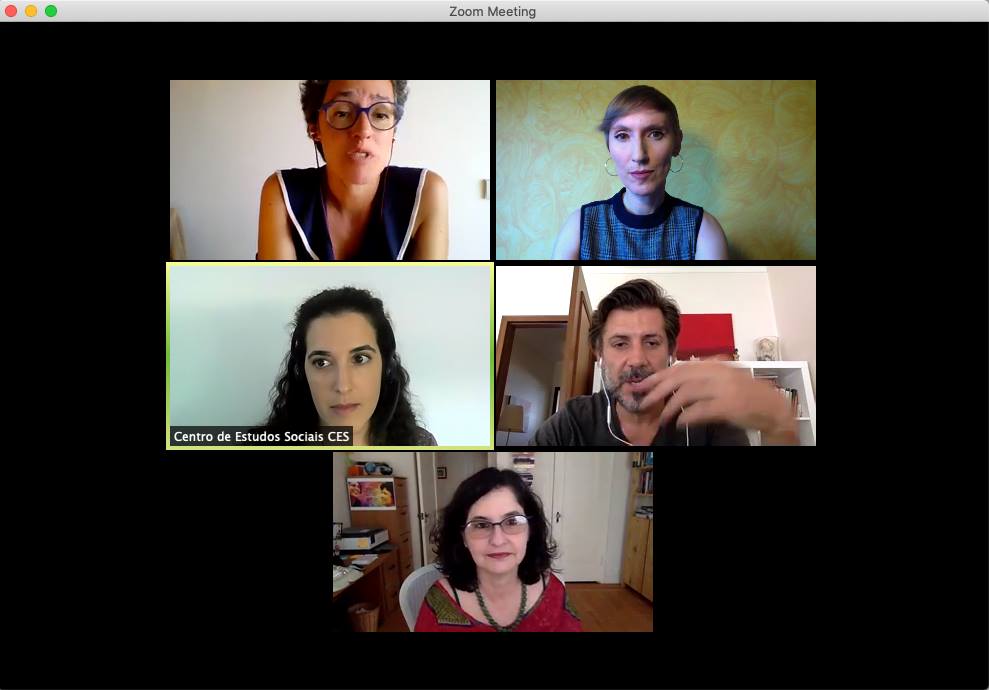 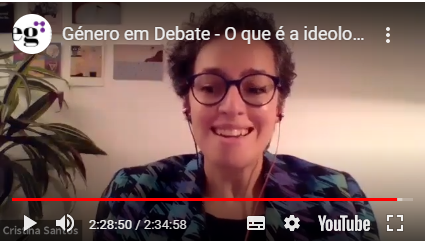 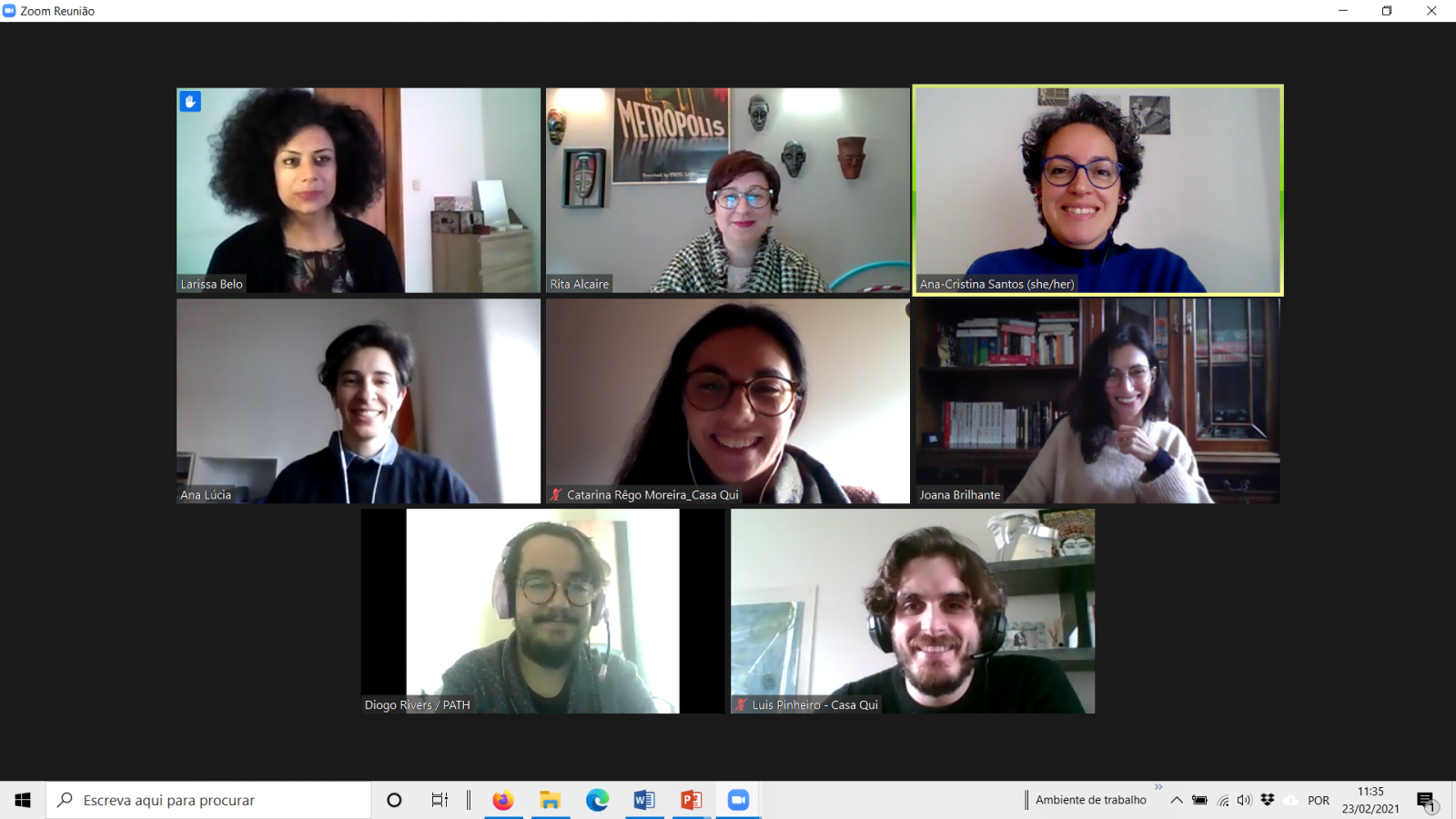 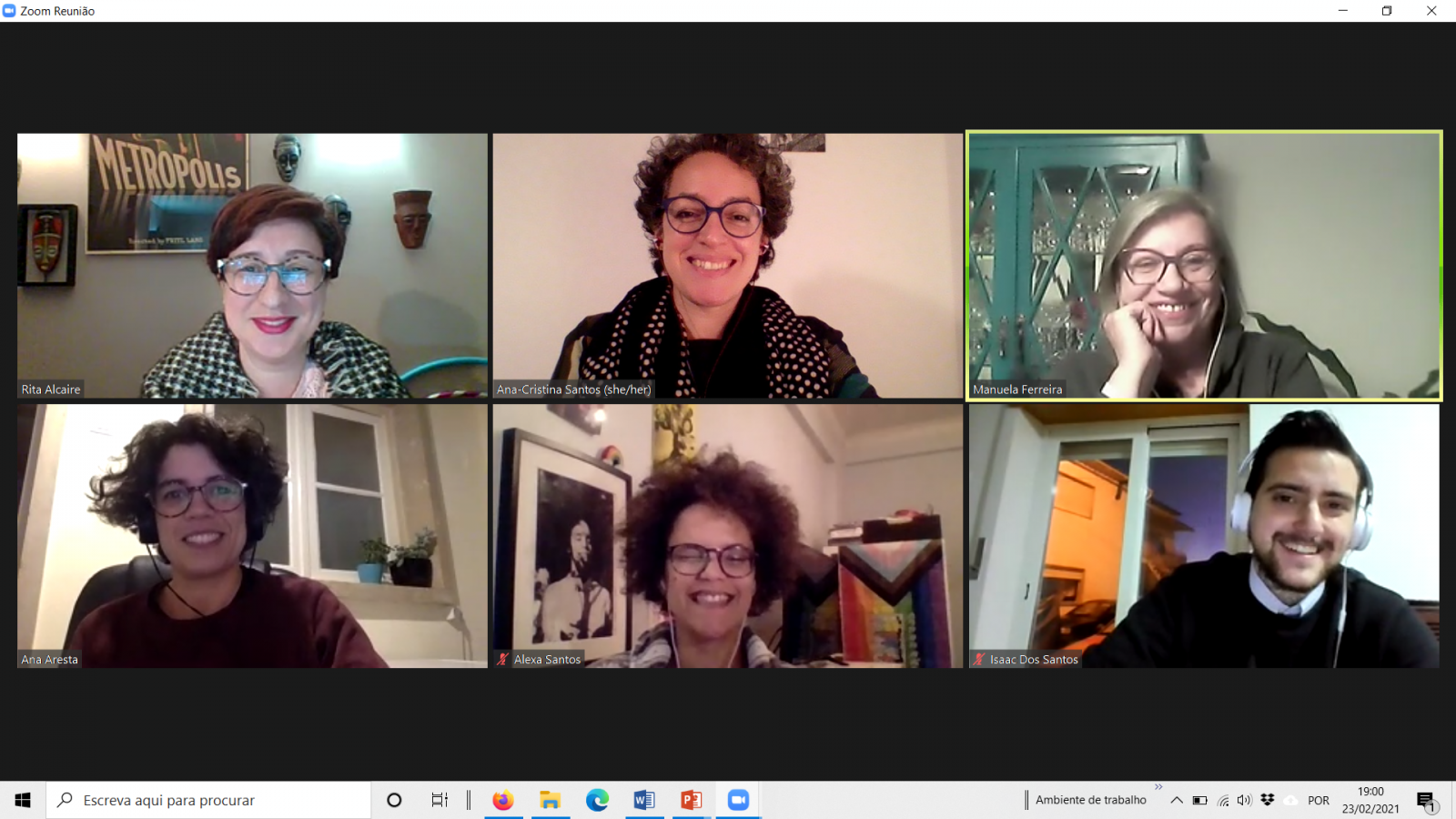 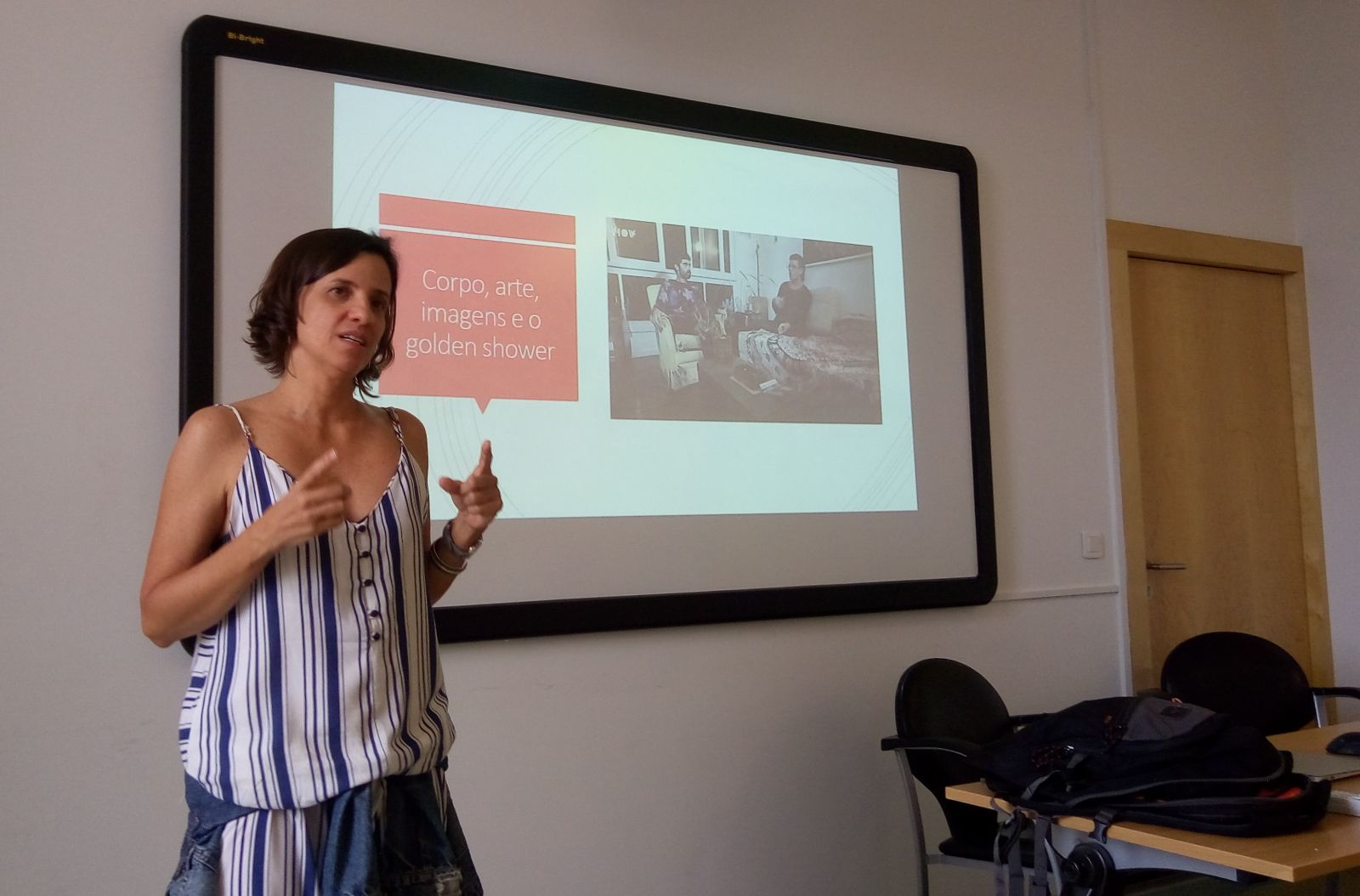 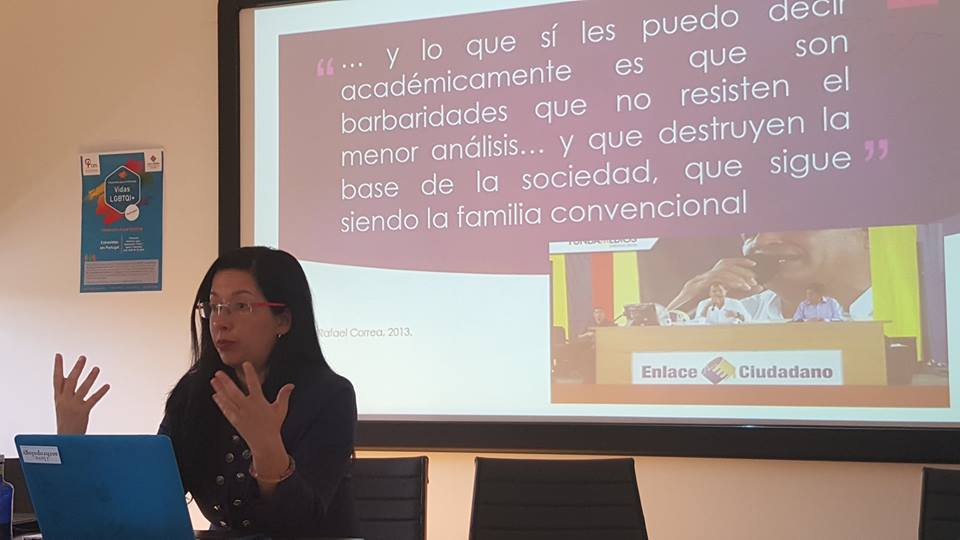 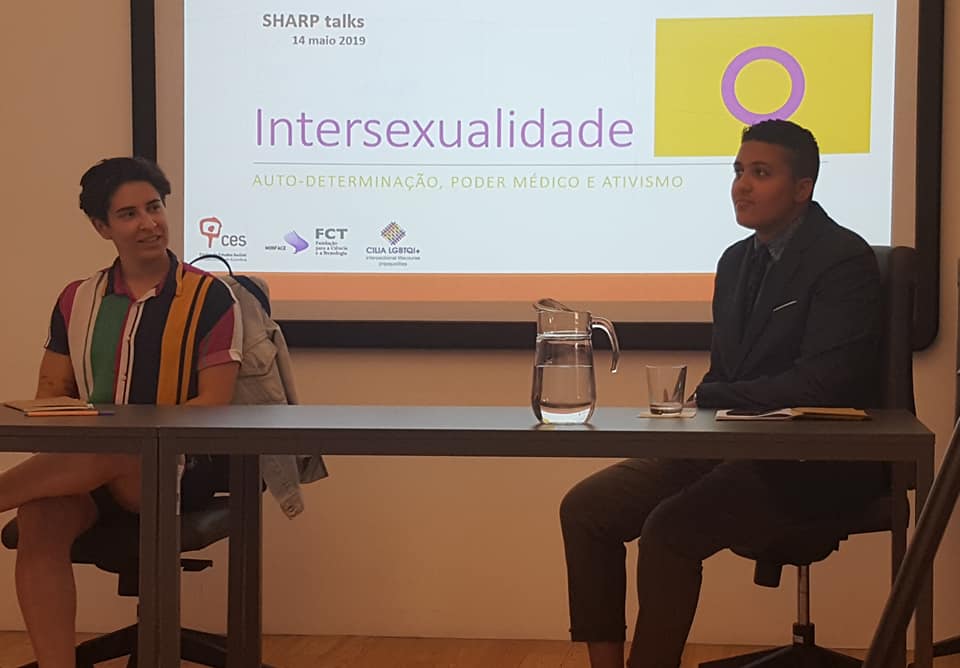 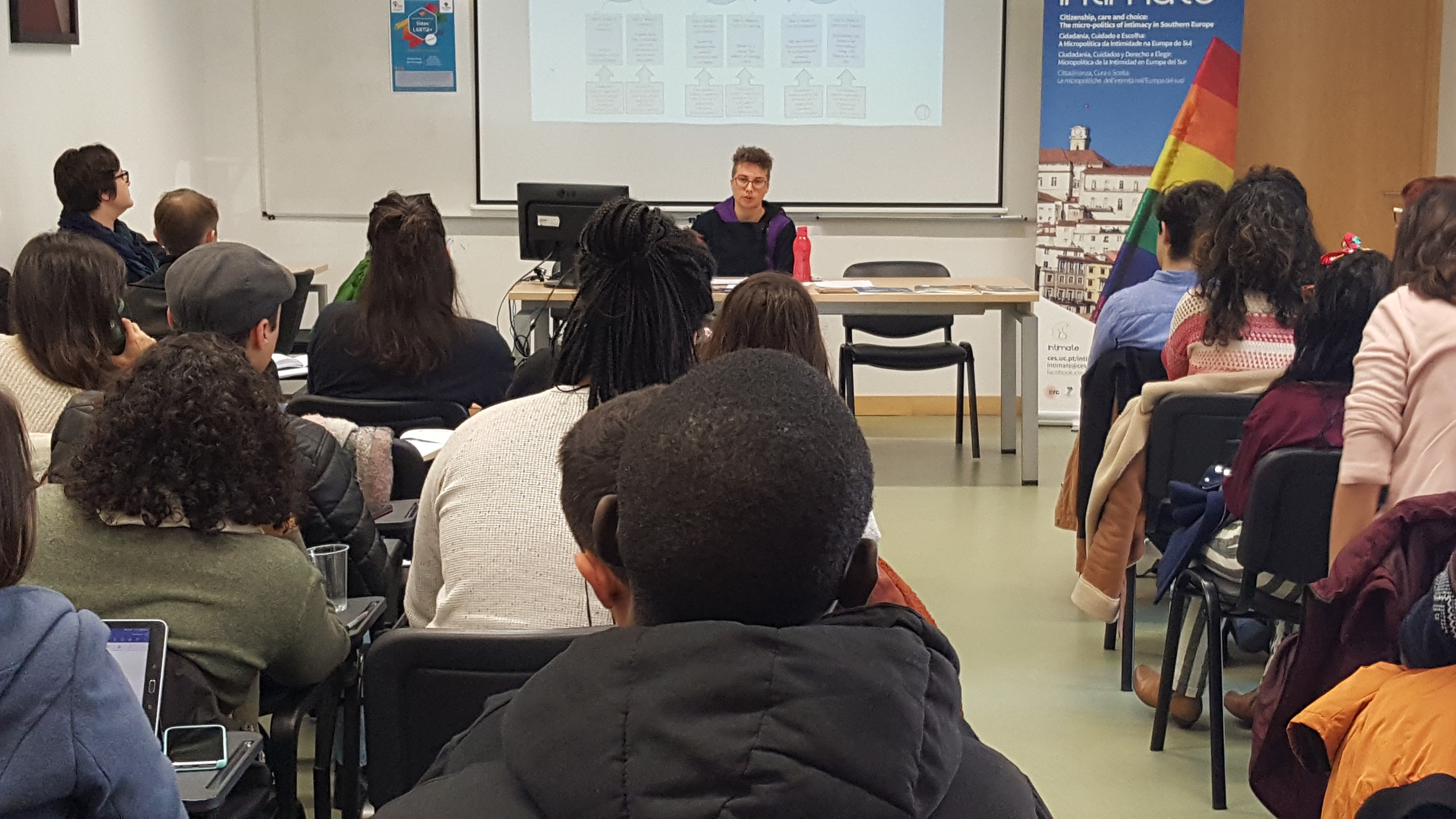 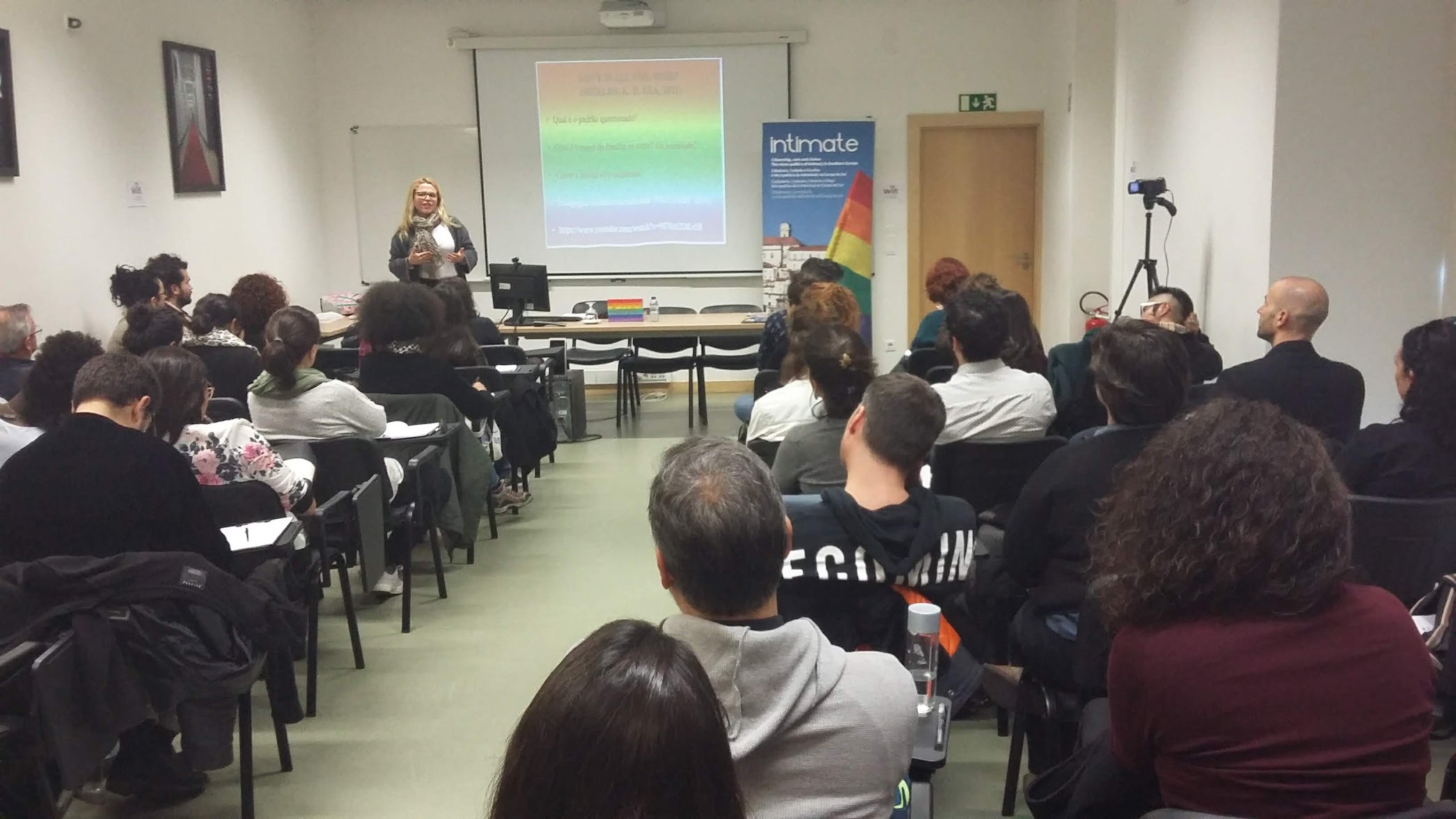 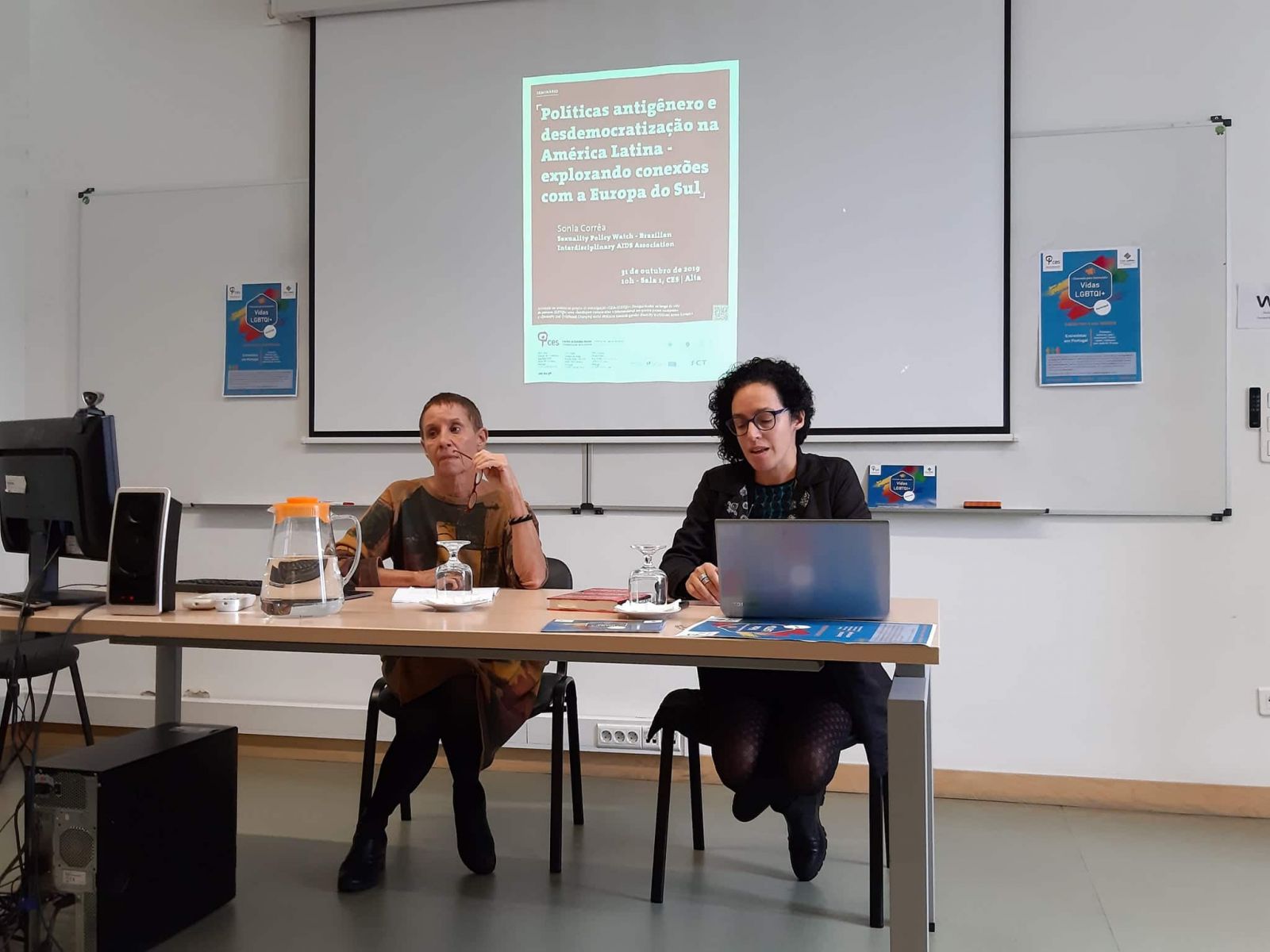 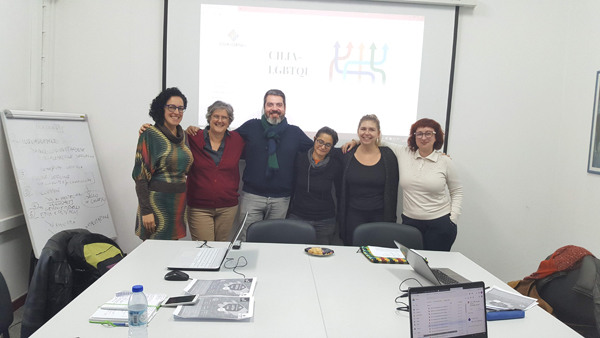 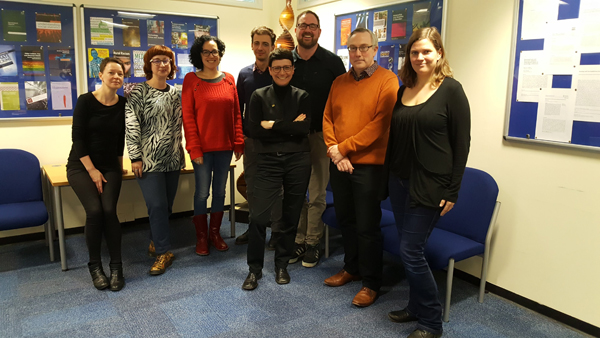 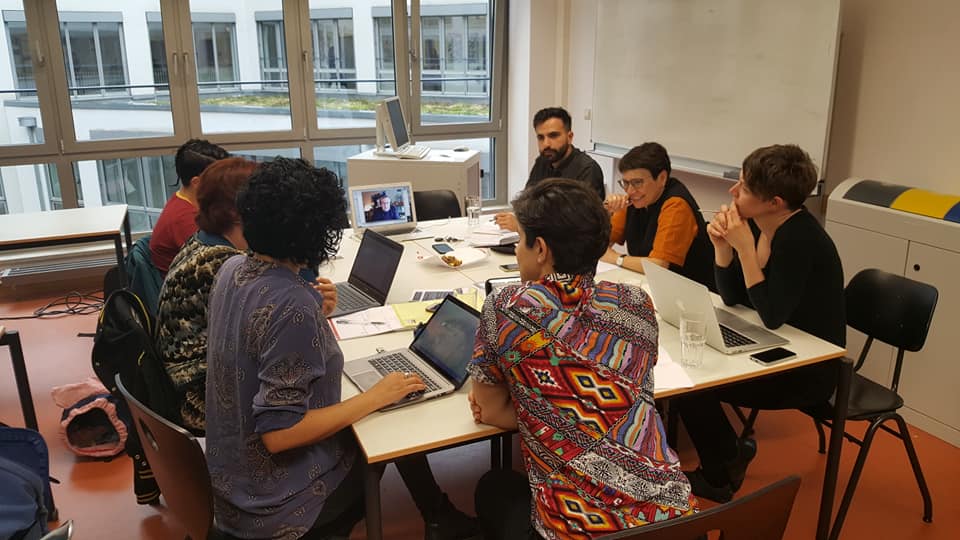 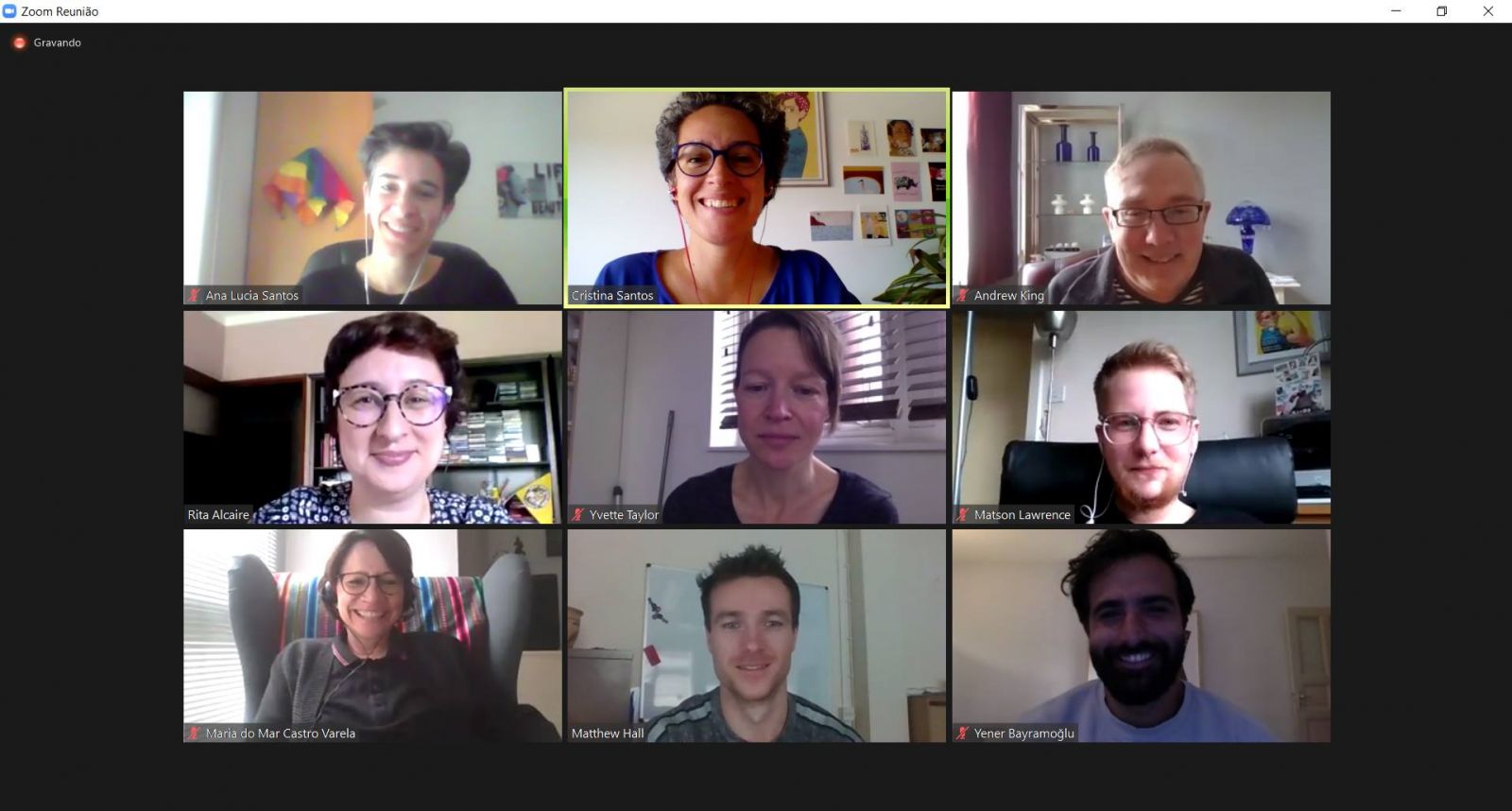 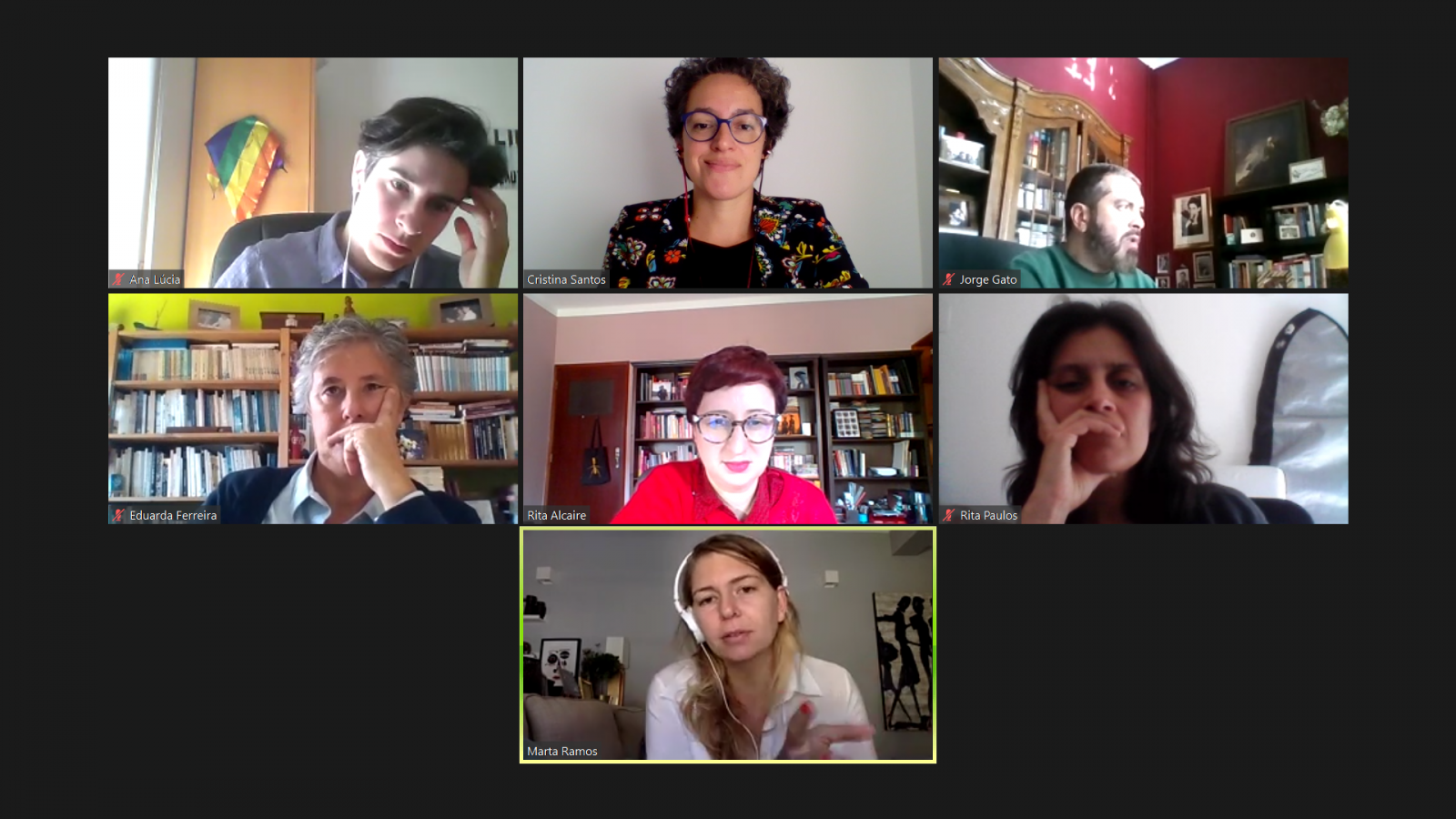 Eurobarometer on Discrimination 2015: Social acceptance and perceptions on discrimination on the grounds of sexual orientation and gender identity (2015)