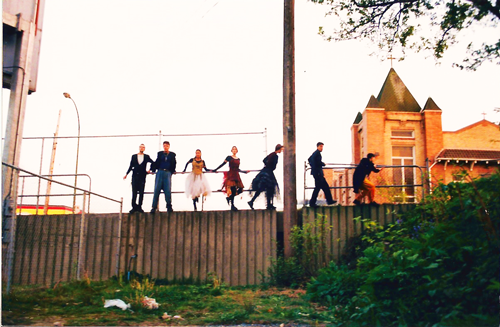 In recent years, the role of culture in sustainability or sustainable development has emerged as a multifaceted topic of interest across a range of disciplines, with parallel attention in many policy and urban planning contexts. A call for a ‘cultural lens’ and the rise of a ‘four-pillar’ model of sustainability with four interconnected dimensions – environmental responsibility, economic health, social equity, and cultural vitality (Hawkes 2001) – are found in policy and planning documents in many countries (Duxbury and Jeannotte 2012). Including culture in sustainability is a paradigm-change-in-process (Duxbury, Cullen and Pascual 2012) and the subject of multidisciplinary research efforts (e.g. European COST Action IS1007: Investigating Cultural Sustainability, 2011-2015).

In the background of this movement, the way in which culture is considered within the context of urban development is also changing. Critiques of traditional ‘creative city’ approaches are growing, with heightened attention to the unsustainability of many creative city policy and planning strategies used as key frameworks for urban development (e.g., Duxbury et al. 2013; Kirchberg and Kagan 2013). While contributing to some interesting urban renewal and ‘economic re-invention’ strategies in many cities, these approaches have also tended to neglect issues of social equity and inclusion, spawned dislocation of existing artist/creative communities, and favoured ‘big and flashy’ globally circulating art products (exhibits, performances, artists) over nurturing approaches to ‘authentic’ local cultures and heritage. Furthermore, the transplant and implementation of the “creative industry, creative city” agenda in contexts outside of European and North American cities has been, in general, fraught with “ambiguities, tensions and ‘mistranslations’” (O’Connor and Kong, 2009: 1). While the ‘traditional’ creative city approach is still evident, it is no longer seen as the only path to creative urban renewal and economic development, and there is a growing need to propose and examine alternate approaches that are more culturally sensitive to local realities and issues; environmentally, socially, and economically sustainable; and attentive to issues of inclusion, justice, and multicultural realities.

Furthermore, we are also observing the rising importance of building “people-friendly cities” in which collaborative social processes, diverse knowledge and perspectives, and citizen participation in city planning are central and highly valued (Duxbury 2014). From this perspective, grassroots organizations, networks and multi-sector partnerships constitute key building blocks for decision-making, taking action, and ongoing monitoring and stewardship. And within this purview, new narratives and means of collaboration – new forms of sociability, exchange, cooperation, bonding, and joint endeavours – serve to stimulate experiments and innovate new pathways to interlink the socio-cultural, economic, environmental, and other dimensions of cities.

Meanwhile, many scholars are calling for a renewed perspective on sustainability that recognizes social relations, practices, and cultural meanings as heterogeneously entangled with the environment, thus opening up thinking about sustainability to the ideas and practices through which nature is experienced, used, and understood, and also to the development of a “cultural theory of sustainable urbanization” (Nadarajah and Yamamoto 2007: 11). Scholarly research and thinking about culture-nature relations (e.g. Brady and Phemister 2011), environmental art (e.g. Weintraub 2012), and aesthetics of sustainability and the environment (Kagan 2011; Blanc 2012) form essential building blocks to conceptualizing culture-environment links. However, strategies to link this work to ‘concrete’ policy/planning frameworks are still unclear.

Amidst growing concern about the need to go beyond ‘creative city’ intercity competition (Duxbury et al. 2013; Young and Stevenson 2013; Register 2006) and to invent strategies to involve artistic/cultural actors in fostering more sustainable cities (Duxbury 2013; Kirchberg and Kagan 2013), a new paradigm is being advanced through a wide range of grassroots and experimental initiatives. Many local governments have sought approaches to incorporate culture into sustainability policy/planning (Duxbury and Jeannotte 2011, 2012), but the contours of these frameworks are only now emerging. Artistic practices aimed at bringing environmental issues to the public’s attention or using the arts to improve the environment are growing (Curtis 2010; van Boeckel 2013), but knowledge about them is highly fractured.

These efforts are overarched by global cultural governance initiatives related to local cultural planning (Duxbury and Jeannotte 2013) and an array of international initiatives to include culture in post-2015 global development goals including, significantly, the 2013 UNESCO Hangzhou Congress “Culture: Key to Sustainable Development” (see UNESCO 2013), the series of international meetings following the Congress that have involved various agencies and actors within the UN system, and the international collaboration of non-governmental agencies promoting a human-rights based approach to development that recognizes the unique transformative power of culture (see http://www.culture2015goal.net).

This project will provide concrete demonstrations and cross-sectoral consideration of the roles of artistic/cultural practices in the necessary societal transition to greater sustainability. In this project, both policy/planning and artistic practices will be conjointly examined and analysed to inform the design of symbiotic in situ systems of practice to build more culturally and environmentally aware sustainable cities.