‘Glocal Languages’ and ‘Intercultural Responsibility’ in a postcolonial global academic world (GLOCADEMICS):
Power relations between languages/cultures within and between research groups

This project aims to research on the representation, positioning and workings of European ‘glocal’ languages (English, Portuguese and Spanish) and of indigenous languages as well as on the promotion of ‘intercultural responsibility’. This aim will be achieved both through the study of language and intercultural policies in the curricular management of a sample of Language/Culture Departments in Brazilian universities and of intercultural communication/interaction in a sample of research teams, both in the Social Sciences and in the Life Sciences, in the same universities. It aims to carry out document analysis and field research, through observation of meetings and focus group interviews, in Brazil and comparative research while back in Europe. The outcomes of the project will be analyzed and concluded in reference to the results of projects such as ERC-ALICE - on epistemological dialogue between Europe and the global South, and ALFA-RIAIPE3 – on the role of Latin American universities in promoting equity and social cohesion.
The research topic above, whose approach will be multi- and inter-disciplinary, falls into knowledge fields, most of which are themselves interdisciplinary by nature, namely Education (language and culture; intercultural citizenship; higher education policies); Sociolinguistics (language use); Communication (intercultural communication); Sociology (globalization, postcolonialism, inter-ethnic studies); Philosophy (epistemology).

Research methodologies to be used in this study:

The research study will start with the analysis of official documents meant to regulate linguistic policies in higher education in Brazil, as well as of curricula at work in the targeted Modern Languages departments, in order to map the general linguistic policies and practices there and to analyse the offer and curricula of language/culture/intercultural courses with regard to English, Spanish and Portuguese. It will also find out about the role and representation of native languages/cultures, or its absence. Finally, it will examine how research team members negotiate the meaning of working concepts in written production (both for reports and publications). The study will then proceed with a comparative analysis of findings in the different institutional contexts as well as between general official documents regulating language education and language use in Brazil, Europe and the United States. In the meantime, contacts with targeted research groups will be established, as a preparation for the next step. The second phase will consist of fieldwork with two research groups in each university, one from the Social Sciences and one from the Life Sciences. Data gathering will be carried out through direct observation of one meeting for each group, individual interviews with a few members of each group and a focus group interview in each institution with a mixed composition of a limited number of members of both groups. Data collected will then be analysed. The third phase, at the return hosting institutions, will be dedicated to the completion of data analysis and theory building.

The universities in Latin America have followed the European models, on the whole, both epistemologically and in their organization. However, in the Social Sciences, not only in Europe, with regard to Latin American studies, but also in Latin America, there has been a move towards an epistemological turn, through the incorporation of a perspective from the south, of a new approach to the academic canon as well as of the introduction of local languages and cultures in the curricula, besides a new understanding of diversity with regard to European global languages. This is also evident in the focus of research projects such as ALICE (ERC) and RIAIPE3 (ALFA), whose findings GLOCADEMICS is going to have in mind and to which it will relate, precisely because they provide a novel approach to north-south relationships, in that they focus on the process itself, in dialogue and collaboration, on equal terms, in reciprocal enrichment of both parts, since they boldly and insightfully address the impact of historical developments on northern epistemological supremacy and cognitive injustice in the global south and the need for keeping a reciprocally advantageous balance between different world visions. 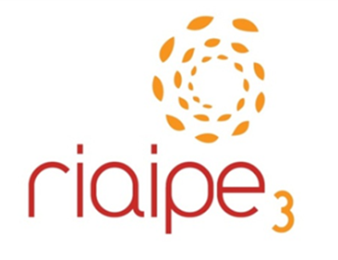 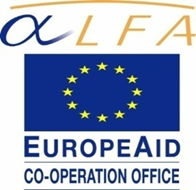 The project’s aim is to add substantively to the improvement of equity and social relevance of Higher Education Institutions in Latin America.

This project will increase the attractiveness of the European Research Area for researchers since it is directly and specifically dedicated to them. The study will stimulate the participant researchers to undertake a meta-analysis on the linguistic and (inter)cultural aspects of their own communication and interaction with their peers overseas, on their own conceptual frameworks and on epistemological diversity and dialogue.  The study outputs will also provide European researchers, as well as Latin American ones, with information and models for their professional development and stimulate them to undergo the same reflexive process. In my view, European competitiveness could only benefit widely from the outputs of this project and their cascade effects via publications, workshops, seminars and submissions of follow-up projects aiming to include and train young researchers in this aspect of their performance. These follow-up activities will produce long-term synergies and structuring effects, at least, in the participant institutions and in the others with which formal collaborations of any kind will be settled and certainly in those whose researchers are given access to the GLOCADEMICS’ outputs and take advantage of them.
Finally, this should be a strong matter of interest for the upcoming EU Framework Programme for Research and Innovation - Horizon 2020, which is “aimed at securing Europe's global competitiveness” and at ensuring “a strategic and coherent approach to international cooperation”.