The 2nd ALICE Summer School - Epistemologies of the South: Boaventura de Sousa Santos in dialogue with ALICE will be held between June 22 to 30, 2016 in Curia (Portugal). For complete information access the website here.

The city of Coimbra is widely known for its close relationship with the University, which marked the urban space throughout its history. But Coimbra isn’t merely the University, with its heterogeneous architectural ensemble on which stand the buildings of the Estado Novo, it is also the space surrounding the river Mondego, the botanical garden, the "Portugal of the Little Ones" as well as a wide variety of suburbs forged by the struggles of social movements and cooperatives that emerged as a result of the 25th of april revolution. These routes aim at a better understanding of these locations, the roles they played in controlling the formation of elites who dominated the Portuguese Empire during the colonial period, as well as locations where alternative lifestyles gradually turned into social housing, community gardens, protected natural areas and associations/social movements.


To complete your registration you must choose one of these two groups of routes.

The Botanical Garden of the University of Coimbra, located in the heart of the city of Coimbra since 1772, by initiative of the Marquis of Pombal, stretches over 13 ha on land mostly donated by the Benedictines. Botanical gardens arise in Europe as a consequence of European expansion in the fifteenth century. Contact with exotic plants and animals awakened interest in this study. One example was Garcia da Orta, a Portuguese who in XVI century traveled to India and devoted himself to the study of the therapeutic properties of plants, publishing two important essays.

The eighteenth century was marked by a revolution of mentalities and great advances in science, particularly in the field of Medicine. Om Coimbra the Botanical Garden was created with the aim of complementing the study of natural history and medicine. Domingos Vandelli, an Italian naturalist, was its first caretaker. From 1791, Avelar Brotero stood out as a naturalist and botanist with several scientific publications, including the first Lusitanian Flora (1804). This Portuguese researcher initiated the first practical school of Botany. 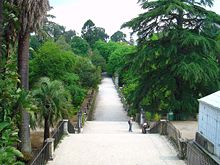 The Joanine Library of the University of Coimbra owes its name to the monarch who initiated its  construction: John V, King Magnanimous, as he is historically known. This baroque library, built in the eighteenth century, is preceded by a portal surmounted by the national shield; in its interior there are three rooms that communicate with each other through decorated arches, identical in structure to the portal. The walls are covered with bookshelves on two floors, constructed in exotic wood, gold and polychrome. This library contains about 200 thousand volumes, from which stand out books on medicine, geography, history, humanities, sciences, civil and canon law, philosophy and theology . 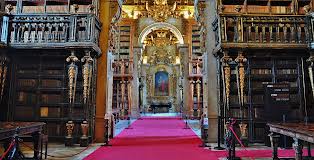 "Portugal dos Pequenitos" (Portugal of the Litlle Ones) is a project of Salazar, dictator of Portugal (1932-1968), and Bissaya Barreto, a physician and politician of paramount importance of Coimbra. Bissaya Barreto invited a modern architect, Cassiano Branco (1940’s) to design a theme park to represent the Portuguese empire through its architecture. It was one of the most important political propaganda events, which has subsisted beyond the regime's downfall. From the Portuguese house, to colonial society, and national monuments, everything was represented at the scale of a child. Besides its convergence of cultures and people crossing, Portugal of the Little Ones is an exhibition qualified as Portuguese architectural and sculptural art. 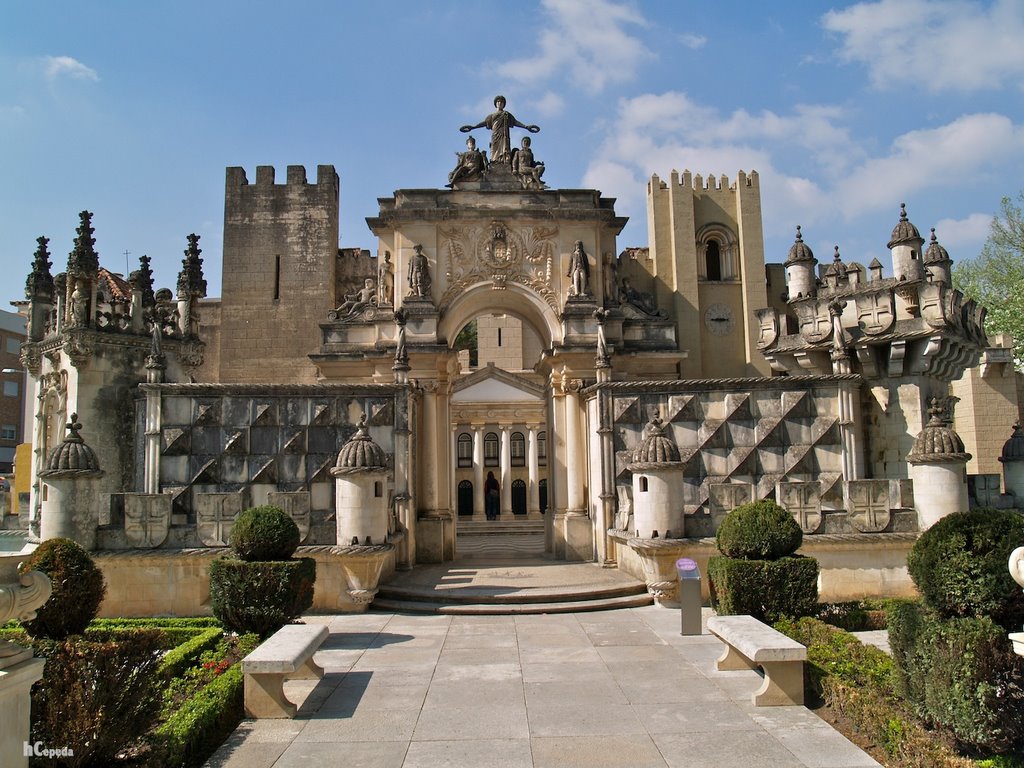 A Relvinha is a housing project part of a neighbourhood design during the initial years of the Portuguese revolution (in the aftermath of the coup d’etat of April 25th 1974). One of its references was the architect Nuno Portas, aiming to expand the relationship of the citizens with the existing urban context, and the involvement of the population in the process of design. Like other large-scale residential projects at the time, the housing was designed for the Serviço de Apoio Ambulatório Local (SAAL), a government organization that addressed the lack of safe and affordable housing in Portugal. Between July and September 2003 a group of members of a Coimbra-based NGO – Pro Urbe, promoted the Relvinha CBR_X, a cultural event which included contemporary drama representation and architecture, having, as a core element the participation of the Relvinha inhabitants. 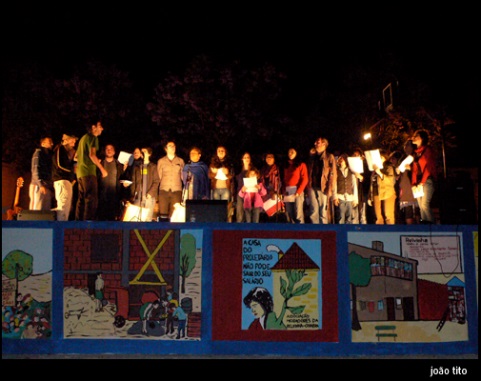